Inflammation of the gums.

Gingivitis is an inflammation of the gums, caused by the bacteria formed by bacterial plaque and tartar (a hard deposit caused by the mineralisation of the plaque itself) that accumulates at the base of the teeth (between the teeth and the gum line), causing inflammation and bleeding. Its main consequences are a reddening and inflammation of the gums, which can bleed during brushing or spontaneously. On occasion, it can cause an unpleasant odour and taste in the mouth. These signs and symptoms can be reversed. One of the problems with gingivitis is the risk that it can become periodontitis.

Gingivitis is easy to treat: by eliminating tartar and dental calculus via ultrasound and curettes, together with improvements in oral hygiene and brushing technique and interdental hygiene methods (dental floss and interdental brushes) by the patient at home and a few days rinsing of the mouth with chlorhexidine chloride, gingivitis can be overcome. To prevent it from returning, patients must follow appropriate oral hygiene measures and visit their dental professional on a regular basis to have the calculus removed by a professional on a periodical basis. 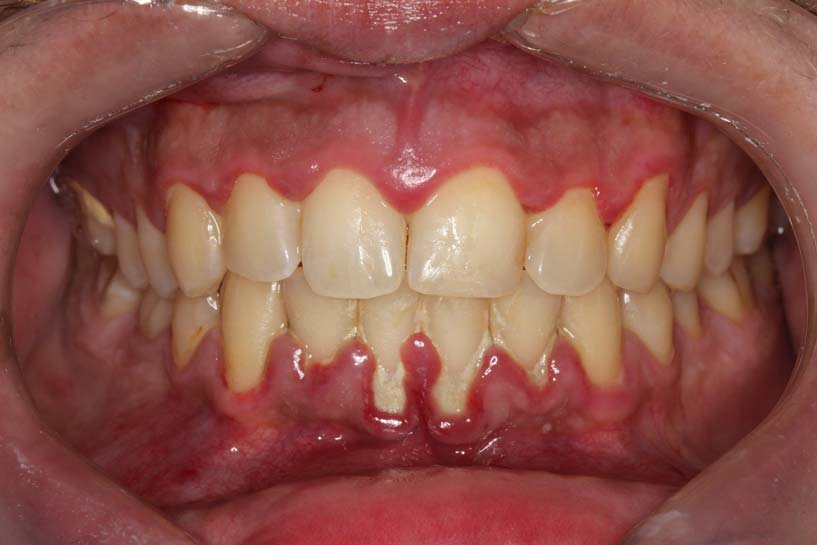